Zahid Choudhary is a known name in the political and intellectual circles. Though fame and celebrity laid at his doorsill yet he never had a moment free to pay attention to it.

Born in 1922 in a peasant family of Amritsar; died on July 8, 1985 in Lahore whilst devoted to research and creative work till his last breath before he departed from this world.

He started to work on historiography covering the political history of initial years of Pakistan and vast period of 1400 years of political history of the Muslim World. The monumental task was still underway when in April 1984, due to extensive work of research and guidance to his team of researchers, his eyesight was paralyzed.  He lived a year later with that handicap yet his creativity did not cave in and he resorted to the medium of poetry producing about 200 Ghazals within a short span of eight months; his poetry is a vocal expression against tyranny, despotism and obscurantism and stands out as a glaring piece of literature of resistance of his times.

There is a good number of politicians, intellectuals and journalists who gained education, inspiration and enlightenment from Zahid Choudhary. They would go to him to enrich themselves with the analyses of past, present and future and to gather the tips of predictions of what was likely to happen internally and externally which they knew would come true with a little chance of inaccuracy. Definitely he was a teacher, a mentor and a leader of the intellectuals.

Hassan Jafar Zaidi, a renowned historian, is professionally an engineer, yet his passion is history and political analysis. He graduated from UET, Lahore in Electrical Engineering in 1974, but started contributing political analysis in the weekly Nusrat in 1970, and then on continued to write for many Urdu and English newspapers like Daily Musawat and   Dawn. He served as Joint-Secretary of Halqa-i-Arbab-i-Zouq, Lahore, a renowned literary forum of Pakistan from 1974 to 1976. Then he devoted to a multi-volume project of research on history of Pakistan and Muslim history. Twelve volumes on Political History of Pakistan; and four volumes on Political History of Muslims have already been published from this project. Another fifteen volumes on Muslim History and ten volumes on the history of sub-continent are under publication.
He has been delivering lectures almost every year in LUMS since 1999, on subjects of current interest on politics in international and regional context, and history of sub-continent with special focus on Pakistan. He appears in discussions on different TV channels of national repute.

All these people are part of the Tehqeeq team who have actively contributed towards development and promotion of the project. 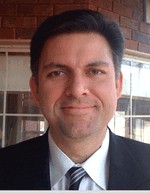